Competition Gurukul presents the latest & revised notes for SSC/Delhi Police/SI/ASI/Sarkari Naukri Recruitment Exam. All aspirants are advised to go through the notes thoroughly.

The Mughal Empire of India

Note : After the Kushans, Babur was the first to bring Kabul and Kandahar into the Indian Empire, which provided stability since it was the staging post of invasions of India.

This helped in promoting trade since these towns were the starting points of caravans meant for China in the east and Mediterranean in the west. 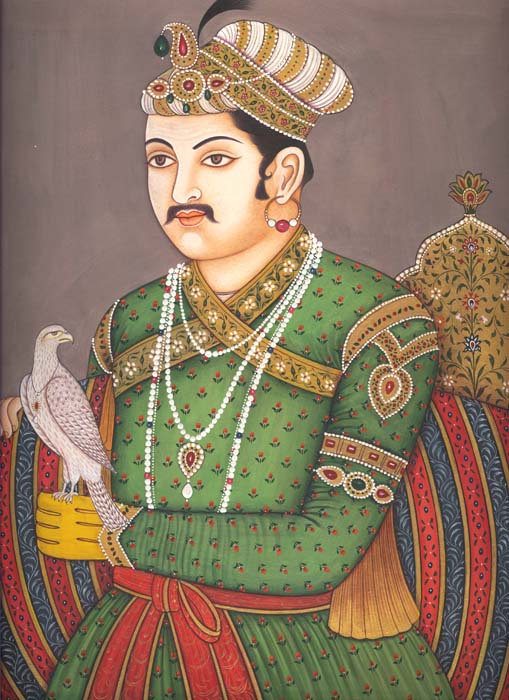 A Rajput ruler of Mewar, he belonged to the Sisodia clan of Suryavanshi Rajputs. He was a son of Udai Singh II. In 1568, during the reign of Udai Singh II, Mewar was conquered by the Akbar. Battle of Haldighati was fought on Jun 18, 1576, in which Maharana Pratap was defeated by Akbar?s army, led by Raja Maan Singh. Maharana had to flee the field on his trusted horse Chetak.

Thereafter, Pratap had to retreat into the Aravallis from where he continued his struggle through the tactics of guerilla warfare. Using the hills as his base, Pratap harassed the large and therefore awkward mughal forces in their encampments.

He ensured that the mughal occupying force in Mewar never knew peace. Rana Pratap died of injuries sustained in a hunting accident. Bahadur Shah (1707 ? 1712) : Assumed the title of Shah Alam I was also known as Shah ? i ? Bekhabar. He made peace with Guru Gobind Singh and Chhatrasal. He granted Sardeshmukhi to Marathas and also released Shahu.

Peacock throne and Kohinoor diamond. During his tenure, Chin Kilich Khan (Nizam ? ul ? Mulk) founded Hyderabad, Murshid Quli Khan founded Bengal and Saddat Khan laid down the foundation of Awadh out of the realms of Mughal Empire. He was a pleasure ? loving king and was nick ? named ?Rangeela.

Babar : Built two mosques: one at Kabulibagh in Panipat and the other in Sambhal in ?Rohilkhand.